When you’re older, light doesn’t bounce off the skin as well as when you’re young. Faking young luminous skin with makeup is easy. Just venture into any mass-market drugstore, Sephora, or department store makeup counter and you’ll see just how ubiquitous light-reflecting foundation formulas are.

But for the discerning mature woman who prefers her beauty, bare-faced, slightly more permanent, and high-end, there’s a filler on the market that’s winning praise from the medical aesthetics industry.

“Redensity has been recognized as the Best Skincare Injectable product in the UK,” says Gina Da Silva, a sales rep for Clarion Medical, the Canadian distributors of Teosyal Redensity [I] and Redensity [II] which are made by Geneva-based cosmeceuticals company, Teoxane. That’s no a small feat, says Da Silva, considering its competitors – France, Italy, Germany, Portugal, Spain, the Orient, Dubai, Russia – are continually on the cutting-edge of medical aesthetics.

For 20 minutes, I watched Diana Phillips, the cosmetic nurse at DLK on Avenue, intricately and methodically prick the face of a fifty-something year old woman with a tiny needle, injecting Redensity [I], a youth elixir formulated with purified anti-aging ingredients – 8 amino acids, 3 antioxidants, 2 minerals, and hyaluronic acid (known as a moisture magnet).

A syringe of Redensity [I] (starting at $600) works to instantly hydrate the skin, promoting luminosity and even out blotchy skin tone caused by photodamage. Wrinkling, roughness, altered texture, and mottled hyperpigmentation – all that jazz that shows up on your face, neck and hands as years go by – can be erased, for at least 10 months, says nurse Phillips.

The patient, a skincare aficionado who is no stranger to Botox, laser resurfacing, and Thermage skin tightening, complained of dullness in her skin tone and wanted to try something different from what she had been doing for several years for age maintenance. Philips recommended Redensity [1] based on raving reviews from her other patients with similar concerns who have had it done since bringing on the product in the Spring. “I’m very impressed with the results, very natural with a predictable outcome,” she tells me.

Phillips starts the procedure by going around the thin skin around the eyes, working her way down to the upper lips, jowls, and finishing on the neck area where the woman’s sun-worshipping past revealed itself.

Our skin remembers everything, damn it.

Watching Phillips work – gently threading the needle to mend damaged skin – was like witnessing artistic aesthetics at its best. What was missing in that room was some Pavarotti playing in the background to set the mood.

To give a sense of how Redensity [I] works to fix the surface of the skin and why it is a great treatment to do in conjunction with other deep-penetrating modalities such as lasers and fillers, Da Silva uses the analogy of drywall.

“The skin is very similar to drywall. When someone is doing construction on a wall, the background of the wall needs structural support and for that we can use methods such as lasers, which penetrate deep or fillers to lift.  After fixing the underneath, it is time to refine the surface.”

Much like the surface of a drywall, the skin may have lines, discolouring and blemishes, which will improve by lasers, but another major source needed to refinish the surface is hydration.

“To get rid of lines on a wall, you spread putty on it and smooth it, then sand it to achieve a solid complexion…for the skin, it is quite similar.”

“We use the Redensity [I] for redensification the dermis,” says Phillips, who explains that it hydrates, plumps up line, uniting them. Then you don’t have the shadow due to the synergy of the hydration; it unifies the line. So light will bounce off the skin, resulting in a smooth glowy effect. That’s why we call it a ‘Light Filling’ treatment.”

Redensity [I] compliments the results of any treatment, whether it’s just a new skincare cream, a laser treatment or even a facelift. “It works on the surface of the skin to promote radiance,” says Phillips.

Two weeks later, the patient returns to the clinic to take her after pictures. The mild redness and swelling experienced a day after the procedure had long subsided. A side-by-side comparison of her photos reveals a subtle yet significant difference that makes everyone in the room beam with delight: Her skin is much more radiant. 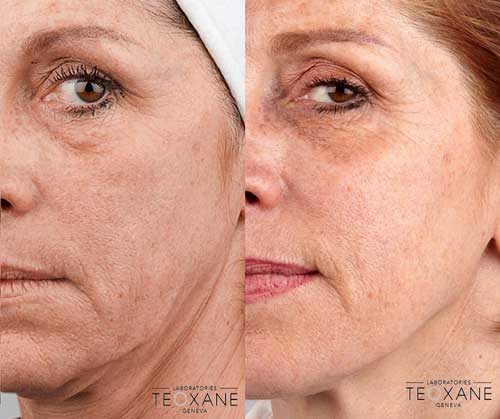 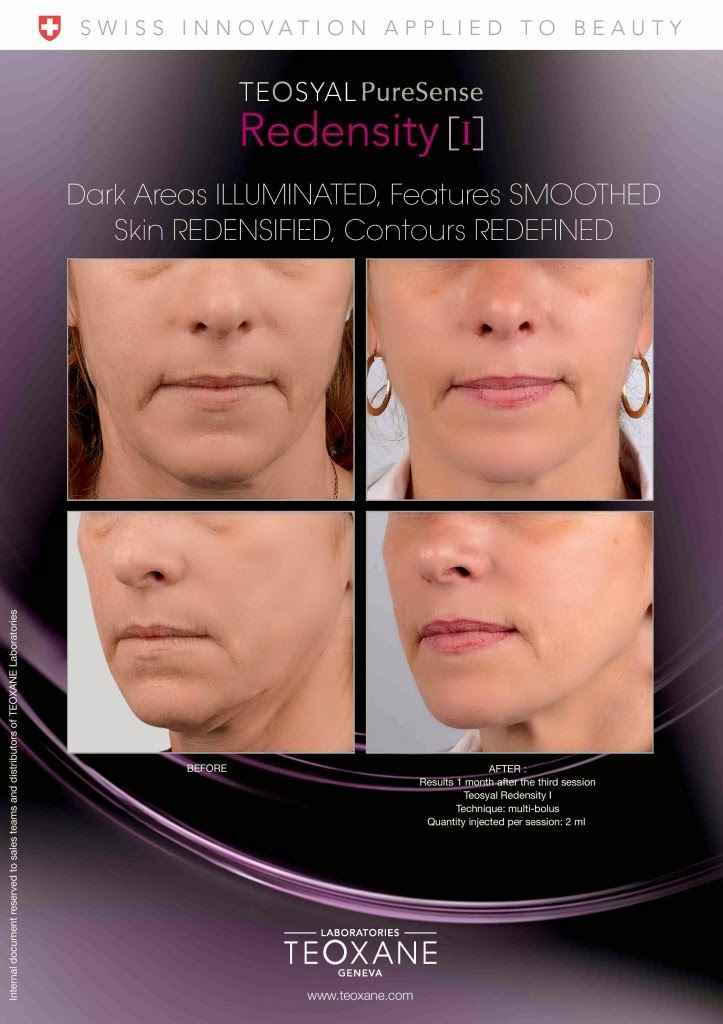 Stay tuned for our next treatment coverage on Redensity [II], a denser injectable gel for eliminating dark under eye circles.