Picosure is the latest state of the art lasers for the removal or fading of tattoos. In this blog post, you’ll learn what makes Picosure different from the existing technology.  Until recently, Q-Switch lasers were the only choice for tattoo removals.

The demand for tattoo removal or fading has grown significantly in the last few years. It is been estimated that 1 in 7 North American’s have a tattoo. More people are now exploring how to remove some of these unwanted tattoos or reduce the intensity of the tattoo so that new art work could easily be performed on top of the existing tattoo.

What is a Q-Switch laser?

The term LASER is an acronym for Light Amplification by Stimulated Emission of Radiation. Essentially using a machine you are creating a beam of energy. The energy can be modified to perform a variety of tasks, such as cutting a piece of metal a removing a tattoo. For medical uses the source of energy needs to be controlled to prevent a burn or causing damage to the skin.

This is where the Q-Switch comes into play. The Q-Switch is a mechanism that blocks the beam of energy and allows you to release it in a controlled pulse. How much energy you release and for how long determines whether you can cut metal or remove the tattoo. The issue with Q-Switch laser is a short restoration to release the energy is 1 nanosecond. A nanosecond is 1 billionth of a second. This may seem like it’s an extremely short time., However, within the small time frame a significant amount of heat can be generated. The heat can subsequently cause a burn or discolour the skin. And this is why a Q-Switch laser can only be used on uncertain skin types.

What is a Picosure laser?

Picosure is the latest advancement in laser tattoo removal technology. Essentially, this energy, that is built up within the laser, is released in 1 picosecond . 1 picosecond is equal to 1000 nanoseconds. Therefore, a high amount of energy can be released in an extremely short timeframe. The shorter timeframe prevents the heat being generated and therefore, lesser chance of burning the skin or altering the pigmentation.

In conclusion, Picosure, with its advances in technology, is clearly the optimal choice for those looking to get rid of their tattoo regrets faster.

Multiple treatments are required. Average cost starts at $450 per session for a 1-3 inch sized tattoo. Our go-to dermatologist is also a Picosure fan [her insight here]. 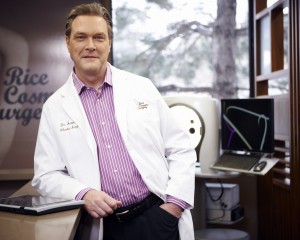