If you’ve ever dreamt of having pillow lips but feared you’d end up with a trout pout, now is the time to reconsider doing something about it.

Juvéderm, a company owned by the makers of Botox, has just launched a new filler created specifically for the lips called Juvéderm Volbella.  As with other Juvéderm fillers, Volbella is a hyaluronic acid-based gel enhanced with painkilling Lidocaine.

What makes this filler unique is its patented Vycross  technology which, through more efficient crosslinking, produces greater lift capacity and longer lasting results. In fact, a company-led study found that over 90% of test patients reported natural looking lips with more than 80% of them still satisfied with their results after one year. Having such a high satisfactory rate after such a long period of time is something to smile about: Previous lip fillers typically last up to 6 months, before your body breaks it up, leaving you with a deflated pout.

Another plus: “Volbella adds a nice silky sheen finish to the lips, which is a feature that I haven’t seen before in the other five fillers I’ve used so far,” says Diana Phillips, our resident cosmetic nurse at DLK on Avenue in Toronto. Phillips has been testing the product before its official launch, and so far she’s impressed. DLK on Avenue is the first clinic in Toronto to offer this revolutionary new filler.

We were invited to film Diana perform Volbella on a woman in her late twenties who have had lip injections before (video below). In an email a day after the treatment, the patient described the process as relatively pain free. “I just felt a pinch and it seemed to inject quite smoothly. I was a bit swollen the first few days but no bruising at all.” And a month later she writes back, “I am totally in love with my new, sexy lips! They look like a natural, improved version of my old lips.”

Interested in lip enhancement with Volbella? Juvéderm has created this chart of common lip shapes to help you and your injector achieve your ideal look. 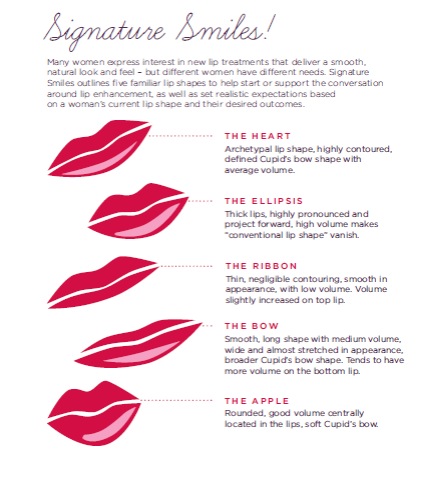