By Karen Macdonald, Patient Services Manager at DLK on Avenue in Toronto.

As a former staffing consultant at one of the largest recruitment firms globally, I learned a lot about what different companies look for when hiring, as well as what makes people successful when they get the job.  Words like “eager”, “ambitious”, “proactive” and “passionate” were commonly used along with phrases like “able to hit the ground running”. And of course education and work experience is par for the course.

But what was always tip toed around was how candidates presented themselves. I’m not talking about if they were a “5” or if they were a “10” on the attractive scale. I’m talking about whether they made an effort to make sure their hair was neatly combed and their clothes freshly ironed. Did they polish their shoes or did they just put on the first pair that they saw as they ran out the door? Did they prepare and pay attention to the details? Did they dress to impress?

Then one day during the economic downturn, I was having a casual discussion with a doctor who told me that a large part of his practice was giving Botox injections. I asked him how business had been, since so many industries had been reporting losses. He told me that his business was flourishing. He explained that he was getting a lot of patients who were looking for work and in turn were getting Botox injections to enhance their job search.  I asked him to explain. Apparently these job seekers felt that not only did Botox help them stay competitive against younger competitors but it also helped them look less stressed and in turn more approachable. 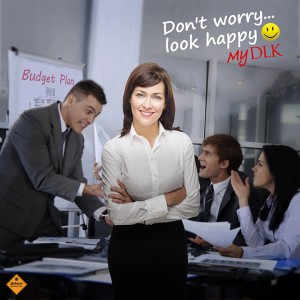 Now that my career has taken me back to the world of beauty (where I had been before I joined the recruitment firm) I am continuing to hear about how people are looking towards the latest innovations in cosmetic procedures and products to gain an edge in their careers. The job market continues to get more competitive and as such, people seem to be looking at all options to help them get ahead.  I’ve been hearing about sales professionals who want to appear more approachable by way of injectables to rid them of frown lines and those dreaded “11’s” between their eyebrows. I’ve heard of lawyers who want to fade expression lines and dark circles so they can appear bright and well rested in court. I’ve been hearing about executives wanting to reduce the signs of stress on their face so they can appear more confident and in control. And of course, there’s always the pre-event oxygen treatment to give your skin a healthy and fresh glow before a big presentation.

In my own experience, I recall a time when I was about to go for a job interview and I woke up that morning with what felt like the mother of all zits. I had read over my resume. I had prepared to discuss past projects that I had worked on and my successes in my past positions. I had numbers memorized. Percentages worked out. I had researched the company where I was interviewing and prepared some thoughtful questions to ask of them. But what I wasn’t prepared for was this bright red, blinking growth on my face that seemed to have a heartbeat of its own! As I scrambled to put ice on it, then an acne treatment lotion, then the spoon that I had desperately put in the freezer that morning and then finally a good dose of make up to try and cover it up, I wondered how I would ever get through this interview. All I could feel every time I moved my mouth was this colossal zit that I swear was going to start speaking for itself soon.  I got to the interview and I knew that I had to focus. I felt terrible and I wondered if the people interviewing me would even be able to look me in the eye, but I knew that I had to focus on what was important. In the end, I got through the interview and it went very well but I can definitely relate to how appearance can affect one’s confidence.  Since then, I must admit that I have experimented with many products and treatments that are available in order to avoid occurrences like this.

The moral of this story is that the way we present ourselves can not only affect us by way of creating a positive and lasting first impression but it can also influence the way we feel about ourselves and the confidence that we project. It is often the case when we look good, we feel good. So if you are looking to achieve the look of an “approachable sales professional”, a “bright and well rested lawyer” or a “confident and in- control executive” do not neglect your looks.

Does your complexion need a quick turnaround? Improve your skin’s texture, tone, and firmness in less than 3 weeks with this powerful retinol potion.