In the February issue of Allure magazine, Linda Wells writes in her editor’s letter about the scary state of her face after getting laser resurfacing. I almost choked on my tea whilst reading this! It’s such a hilarious and honest account of what we skin-savvy women go through during our “downtime.” Linda doesn’t share a photo of her face, so for now, here’s one of mine, taken last summer right after I got ProFractional laser done on a few acne scars. The pic was taken by my younger sister who could not stop both staring in shock and laughing… 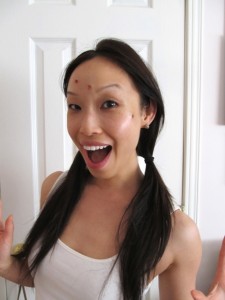 [gn_quote style=”1″] Just to give him a good scare, I emailed a photo of myself to my dermatologist. He’d blasted my face the day before with a Fraxel laser to make it smoother and less mottled and was curious about my recovery. So I put on one of those clear old-man Halloween mask that look nearly like a real face and took a picture with my iPhone. It worked! “I almost had a heart attack,” he wrote back.

I sent the picture to about 20 other people, amusing myself to no end while I was confined to my apartment on a laser lockdown to heal. The truth is, my face was slightly freaking me out. On day one, it looked like the time I was 15 nd parked myself in front of a friend’s sunlamp when I was babysitting her little brother: flaming red, hot, and swollen. My nose was a bulb. The whole thing wasn’t that far off from the Halloween mask. I texted a real picture to a friend with the message “Delete!” and she replied, “I didn’t look that bad when I had Fraxel.” Ouch.

Every morning I woke up expecting some radiant transformation, and every morning I was greeted in the mirror with another dose of crazy. The redness confined itself to two stripes from the corners of my mouth to chin, as if I’d ripped off a Flu Manchu mustache. The texture was strange, like fine-grade sandpaper. When it started to peel, the old skin didn’t come off in sheets but flaked constantly, dandruff-y. I’d scrub it with a Clarisonic brush, coat it with half a jar of cream, and the flakes would reappear within minutes.

My doctor told me I’d be presentable on day four, but maybe he and I have a different definition of “presentable.” To me, it isn’t wearing Jackie O. sunglasses and a Bazooka Joe turtleneck. It isn’t people saying “You look fine” with a pitying tone. By day five, I looked fine.

My faceless long weekend was an experimentation in avoiding people and mirrors. In the end, I actually had a nice time. I did a radio interview from my home phone and conducted meetings by speaker like Charlie in Charlie’s Angels. I cleaned my closets and filed a whole stack of papers dating back to 2003. On day seven, I emailed pictures of my skin, which was nearly as soft and clear as a baby’s, to my dermatologist, the prince. And mercifully, people have stopped saying I look fine.

These are my two favourite face creams I use when I’m on laser lockdown to calm and soothe my skin. 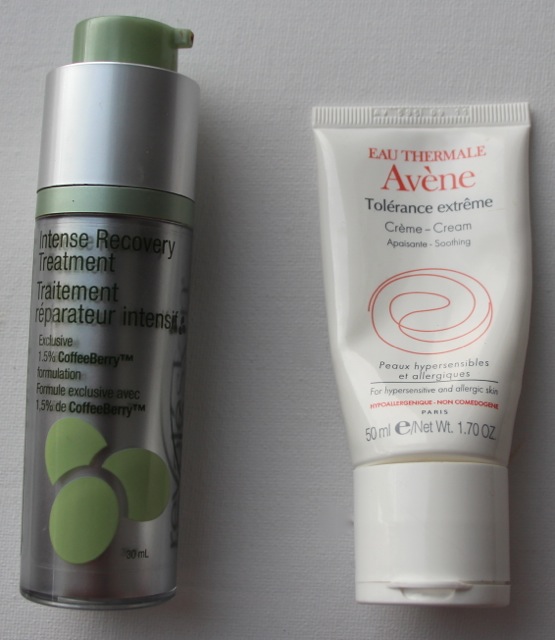