I’ve adored Kelly’s tell-it-like-it-is persona since she took over daytime t.v. twelve years ago! I recall her having a book club that was completely anti-Oprah – Kelly reviewed only fluffy beach reads. She introduced me to Girl Lit during undergrad when I was struggling with Chaucer in my English literature class.

Then when I became a gym rat and a health nut, I looked up to her again. At age 37, Kelly transformed her body by picking up weights and became an advocate for cardiovascular health. I believe I’ve referenced her ripped arms in more than a handful of articles when I was a staffer at a fitness magazine! 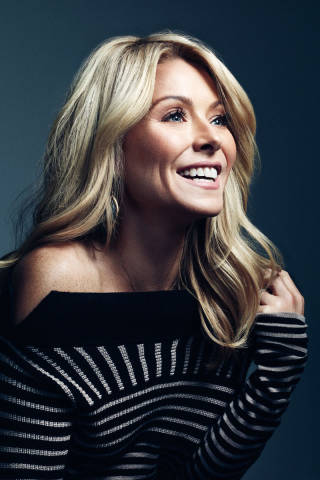 What I love most about her is her candour about everything from her petite stature to juggling family life (the woman has three kids!). Now as someone who is concerned about my skin as I age, there’s even more reason to love her: She’s honest about her use of Botox.

In a tell-all interview with Elle magazine, she admitted that she started getting pricked in her armpits to control sweating during her spin classes [read more about The Hyperhidrosis treatment]. She then said she figured that since the doctor already had the needle out, she’d take a stab or two in the face once in awhile to smooth out her wrinkles and give her peepers a lift. Here’s a quote from the Elle article:

[gn_quote style=”1″] “Every seven months or so my eyelid skin rests on my eyelashes. So I feel like it makes my makeup artist’s life easier, and it makes my eyes look a little more open on TV, which is where I happen to work right now.”[/gn_quote]

Do you not love her yet?