How does it work?

Q: How does benzoyl peroxide work to treat mild to moderate acne? 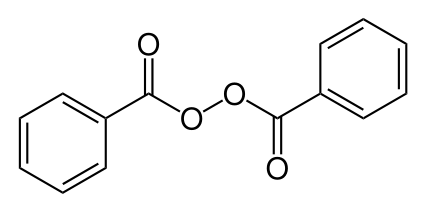 Peroxide compounds such as benzoyl peroxide are unstable as the oxygen-oxygen bond is weak. As a result, peroxides tend to decompose to release free radicals.

When benzoyl peroxide is applied to skin, it works to treat acne by two different modes of action which act in combination:

In addition, benzoyl peroxide is lipophilic (“oil-loving”). This is an important property as it allows benzoyl peroxide to penetrate readily into the outermost layer of the epidermis and enter pores that contain sebum and P. acnes bacteria – the areas where it is most needed!