People tell me things I know I should keep to myself. But I hate keeping secrets! So, you heard it here first…

We all know by now that Latisse is the only product that is scientifically proven to make eyelashes grow. But what you may not know is that Allergan, the makers of Latisse and Botox, have been knee-deep for years in a study to try to replicate Latisse’s success for hair.

How? By using higher dosages of the active ingredient, bimatoprost. However the study has failed to go into Phase III of clinical trials, which is the final stage of testing required for regulatory approval due to lackluster results.

David Pyott, Allergan’s CEO said in a recent press statement “The bimatoprost study showed it spurred hair growth, though not enough.” Back to square one? We’ll have to keep stocking up on Rogaine for now.

However, what is coming sooner is equally exciting…

Botox in a jar!

Botox injections treat wrinkles, headaches and even overactive bladders. But if you’re afraid of needles, get this. In an email, Dr. Jean Carruthers tells me that she feels topical Botox will be approved in five years. “They are already in Phase III trials. I feel that the molecule will also be further refined to treat pain and glandular overeaction.” Are you peeing in your pants yet?

Dr. Jean Carruthers is the Vancouver opthamologist credited for discovering Botox in the eighties with her dermatologist husband, Alastair Carruthers. She has famously said…

Our go-to dermatologist Dr. Lisa Kellett is right, again. Science has finally proved that sunscreen does, in fact, prevent wrinkles, spots and sagging skin. A new Australian study found that those who used sunscreen daily were 24% less likely to show increased signs of aging. Published in the Annals of Internal Medicine, this is the first long-term study to quantity sunscreen’s anti-aging properties. So if you don’t want to look like a leather bag before your time, slop on the SPF 30, every day rain or shine.

The truth about caffeine in eye creams 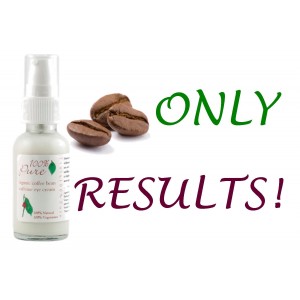 You learn a lot when having lunch with a cosmetic chemist. Over salmon salad recently, I asked Louise Hidinger, the Ph.D behind the beauty blog Ingredients, whether or not eye creams with caffeine really de-puff?

According to Hidinger, “Caffeine is a diuretic. When applied topically, it has a similar effect on skin tissue as when it is consumed, i.e. it causes water to be excreted. This gives the de-puffing effect (and it is also why you find caffeine in many cellulite and firming creams). Unfortunately, when you stop using a caffeinated cream, there is often a rebound effect that can make it look like the puffiness has come back worse than before.”

Who wants that?! I don’t need another caffeine addiction. I’ll stick to my peptide-rich eye cream, thank you very much.