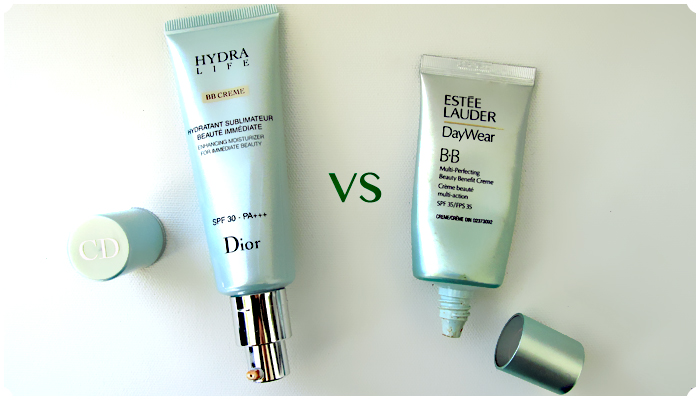 Why: It doesn’t clog my pores and provides intense moisture, which gives me an amazing dewy look when worn with bronzer and setting spray (currently loving this Jane Iredale toning spritz) on top. I’ve never had such a great glow in the fall! Another bonus: I’ve been free from breakouts thanks to its light weight, sheer formula. I’ve been using it for one month now.

How it compares: I’ve been wearing Estee Lauder’s Daywear BB with SPF 35 ($45) for the past six months, and have been singing its praises to anyone who’ll listen. Now while I think the Lauder BB beats all other drugstore ones (I’ve tried L’oreal, Marcelle, and Garnier), in terms of sun protection, texture, and coverage  – Dior’s formula has made me a convert. What I like more about Dior’s is the fluidity of the lotion whereas the Lauder one is more like a gel-cream, which can feel heavy when worn under bronzer. Come to think of it, I broke out a bit with the Lauder one after a month of use. I recall getting a facial in August and having to have a few milia (hard, tiny pearl-like bumps on the skin) extracted. When I told my aesthetician that the only change I’ve made was using the Lauder BB cream underneath my makeup, she suspected that the BB cream was to blame. But because I liked the idea of having a multi-tasker in my in my morning routine (quick lesson: BB creams are short for “beauty balms” and they’re basically souped-up versions of tinted moisturizer; think light coverage, antioxidants, color correctors, and in some cases, even sunscreen), so I continued to use the Lauder one until the tube was empty. I was about to purchase a new Lauder BB, but decided to try the Dior one on a whim. I didn’t expect to like it so much more. Dior’s is fragrance-free while Lauder’s has a cucumber-scent that reminds me of depilatory cream. I also find that the Dior BB helps conceal light blemishes, which according to its product description pamphlet, is due to its “new-generation correcting pigments to reduce surface irregularities and blur imperfections to reveal a smooth and even complexion.” As for that great glow it delivers, it’s thanks to ultra-fine powders which help illuminate the face. If you’re looking for a BB that really does it all, splurge on the Dior, and let me know what you think!