Lately I’ve been getting a lot of emails from men about Botox – mostly from real estate agents, financial planners, and other professionals whose jobs rely heavily on them looking “approachable.”

It comes as no surprise: recent figures released by the American Society of Plastic Surgeons state that more than 300,000 men got Botox, which is a 10 percent increase from 2011. And a study from Cosmetic Dermatology reports that Botox use among men has jumped over 250% over the last decade.

While the term “Brotox” describes men who get Botox done, I’m going to use it as an umbrella term that includes volume-restoring fillers because most often cosmetic dermatologists and nurses employ both types of injectables to achieve that “just-came-back-from-vacation” look we all covet.

I want to share a story about a man I met recently at a beauty event. This older gent had a face so enhanced with fillers and neuromodulators (e.g. Botox, Xeomin, and Dysport) that he looked…not right. With a comically arched eyebrow and frozen forehead, he looked perpetually wind-blown and resembled Spock from Star Trek with Lindsay Lohan’s trout pout.

When I mentioned this man’s exaggerated features to cosmetic nurse Diana Phillips at DLK on Avenue, who is my go-to injector (as I was getting my own Xeomin done, to fix my wonky eye), she theorized that the problem was he most likely had injections done with someone who treated his face like a woman’s. “Besides using a less is more approach, there also are some key differences between treating a man and woman’s face with dermal fillers and neuromodulators,” said Phillips, who works alongside our medical advisor Toronto dermatologist Dr. Lisa Kellett. Phillips went on to say that it’s not really a matter of where or where not the injections should go, but more about seeing someone who understands facial anatomy and can properly assess the unique needs of each patient. In other words, you don’t want an injector with a Mr. Potato Head approach. 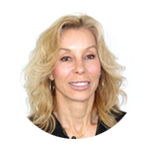 Here, Phillips gives The Skiny on what guys should know before going under the needle.

You want to look more awake, not 10 years younger. It’s about restoration, not correction. Our male patients often have a tired, drawn appearance –characterized by heavy forehead lines and crow’s feet – that makes them look unapproachable and intimidating. This can be improved with judicious use of Juvéderm (a filler) and Botox in the upper face.

You can get stronger jawline. Good-looking actors who tend to play cops have great strong jawlines – think Christopher Meloni. We can build a stronger jawline by Juvéderm in the chin and along the jaw line plus Botox to soften the muscular bands that make a neck appear thicker. We can also reduce the crepey look of aging skin on the neck with a synergetic combination of hyaluronic acid and glycerol injections.

You should not erase wrinkles completely. Over-treating the laugh lines, the nasal/labial folds, which run from the nose to the mouth, can feminize the face. A bit of Juvéderm can lift and soften the labial folds and improve hollowing under the eyes.

Expect to pay more than your lady.  Men’s facials muscles are larger and stronger than women’s so they require higher doses. Botox starts at $200 per treatment and fillers start at $600 per treatment.