Okay okay, I know that correlation does not imply causation but the findings from this new study presented at the 72nd Annual Meeting of the American Academy of Dermatology (AAD) in Denver Colorado, might explain why my miserable die-winter-die mood has been lifted since my recent Bo fix with Diana. 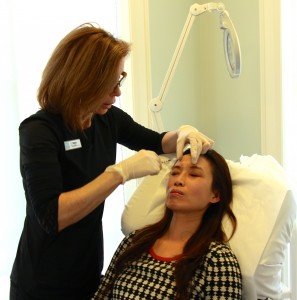 My last visit at DLK on Avenue in Toronto.

Botulinum toxin A, commonly known as Botox, has an antidepressive effect when injected between the eyebrows that continues beyond the cosmetic effects of the injection, according to the results of a new study.

The fact that the antidepressive effect continued after the wrinkles reappeared suggests that the elevated mood isn’t just related to cosmetic improvements, which is “profound and unexpected,” said study investigator Michelle Magid, MD, clinical associate professor of psychiatry at the University of Texas Southwestern in Austin.

She presented the research here at the American Academy of Dermatology 72nd Annual Meeting.

There have been anecdotal reports of improvements in mood after botulinum treatments, but it hasn’t been clear whether these were a direct effect on mood or whether they were secondary effects from cosmetic improvement, said Dr. Magid.

One pilot study showed that botulinum injection improved depressive symptoms in 9 of 10 patients.

Dr. Magid conducted the study with her husband, Jason Reichenberg, MD, who is an associate professor of dermatology at the University of Texas Southwestern.

In the 24-week randomized double-blind placebo-controlled study, 30 participants with depressive symptoms were randomized to receive botulinum injections into the glabellar region or placebo.

The researchers noted significant improvements in both groups.

In the group that received botulinum followed by placebo, the cosmetic effects of the injection wore off between weeks 12 and 16. The improvement in depressive symptoms, however, was maintained for the full 24 weeks.

There are 2 possible explanations for the improvement in depressive symptoms, explained Dr. Magid.

The first is that the botulinum injections made it difficult for the subjects to frown. If individuals smile more and frown less, they are likely to have better social experiences, which could lift mood.

The second possibility, favored by Dr. Magid, is a biologic explanation. MRI studies have shown that when people are unable to make angry facial expressions because of botulinum injections to the glabellar region, there is less activity in the amygdala than expected. Such a connection could be mediated by the trigeminal nerve, which links the glabellar region to the brain stem and amygdala and is the control center of anxiety, trauma, and the heightened fear response.

If a person can’t frown, the brain does not register a frown, and the amygdala does not get the trigger that the person is upset, Dr. Reichenberg told Medscape Medical News.

“Anxious depressed” patients seemed to do better with the treatment than those with melancholia. “It could be a first-line therapy or an augmentation strategy,” he suggested.

Although this study is interesting, it was complicated by the fact that the subjects weren’t blinded; they could see the effect of the botulinum on their wrinkles, said session cochair Joel Gelfand, MD, associate professor of dermatology at the University of Pennsylvania in Philadelphia.

“That may complicate the interpretation of the results. Maybe it’s not as effective as we think,” he told Medscape Medical News.

The work won’t change clinical practice yet, but it merits further research, and possibly in other mood disorders, such as anxiety, Dr. Gelfand noted. 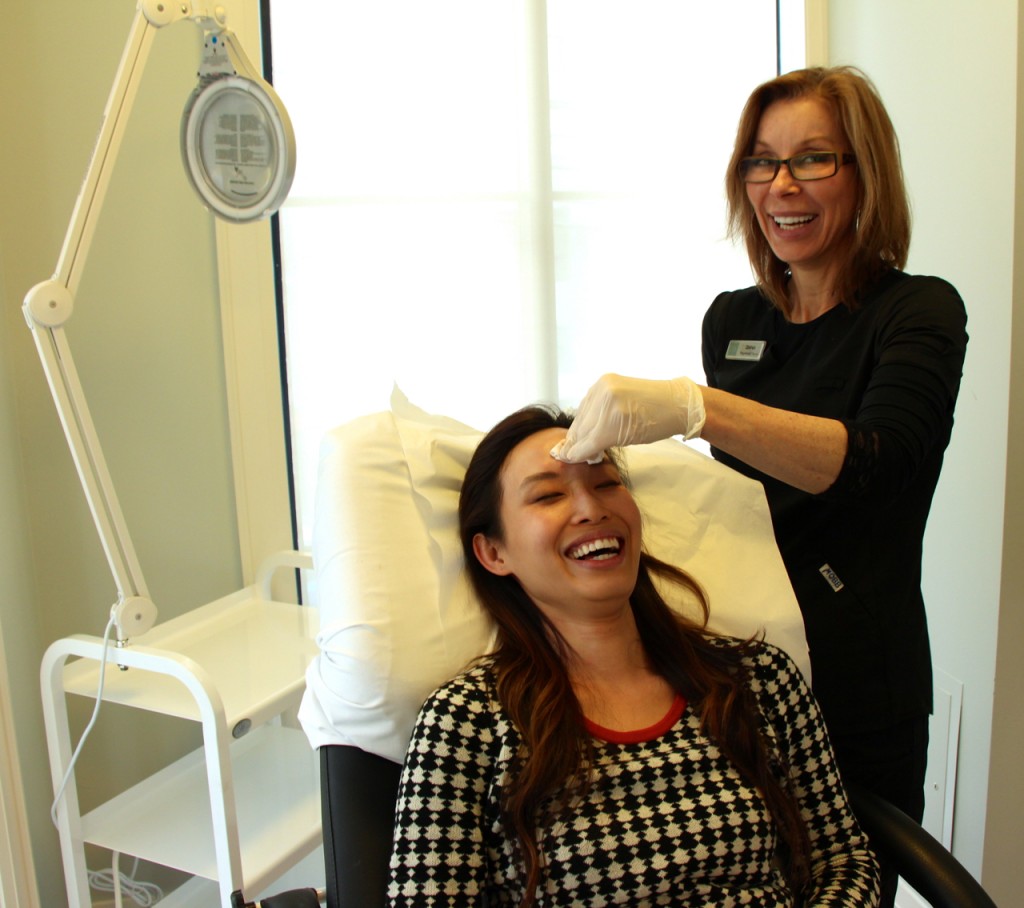 Boost your mood with Botox? Works for me.