“Bitchy Resting Face”, or BRF for those in the know, is a silent killer.  Those that have it don’t often know it.  And for those encountering them?  The mind freely flips into character assassination default mode faster than you can say a**hole.  On our visually obsessed planet, we can decide that someone is a sourpuss, entitled, ungrateful, thick, or bored – literally in the blink of an eye.

Is it genetic? Is it about aging? Or is it the window into the soul of the truly miserable?  Seemingly, the affliction is at epidemic proportions and celebrities are no exception. BRF, technically defined, is a sorry soul with a generally dour expression while in the neutral position. That is, when you’re not talking or smiling, you might naturally have downturned lips, a frown or an unimpressed gaze.

Plastic surgeons say we have a permanent frown when the corners of our mouth droop or our brows are a little bit decreased or a little bit low. Surely this is a quick fix with a little Botox or filler?  It’s hard to believe BRF has not been eradicated in the plastic land that is Hollywood, per se.  We hear over and over again that celebrities “don’t read their own press”.  In this case, perhaps it’s true? Perhaps BRF’s everywhere need a compassionate injection of intervention?

Sometimes, BRF is just plain genetic.  It’s the re-gifting that keeps on giving in the case of Elvis Presley’s daughter Lisa-Marie, but seems to be working for his granddaughter Riley Keough, what with her intrepid modelling and acting career.  The famous sneer and the “F-U” expression just be making her some big bank.

Aging can be another unfortunate cause for a miserable mug.  Victoria Beckham is nearly 40 and certainly would have plenty of excuses for her vacant, “over it” expression: she’s popped out four kids, ran around the world singing vapid songs about girl power, created a clothing line for the stars and is endlessly coping with copious public photos of her husband in his underwear – all while eating only eating carrot sticks. 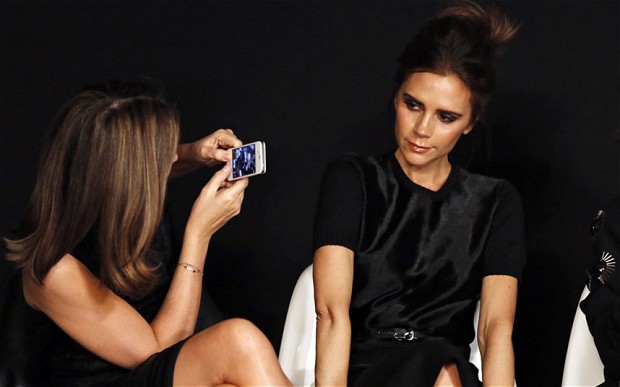 Sometimes we’re here just for a rough time, not a long time.  Look at poor Kanye West, what with his Scooby Doo profile of insolence on top of bad motorcycle videos with his baby mama.  Maybe all the bad press made him look like that; or perhaps that’s just what happens when you tell the world too many times how great you think you are, and no one cares.

Soon to be his BRF relation is Kourtney Kardashian, who deserves some attention as clearly she doesn’t get enough; she must know not how she appears, as she’s too busy not having a job and suffering other afflictions, such as famous-for-no-reason syndrome.

Simon Cowell comes by his BRF honestly. He’ s a natural and he likes it that way. 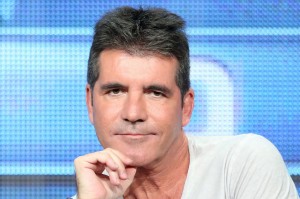 BRF ravages our young starlets.  Anna Paquin confessed to being stricken on Jimmy Kimmel, at 2:25…

Rooney Mara is a chicken before the egg scenario, what with all her bitchy roles – most famously The Girl With The Dragon Tattoo in the American remake and most recently as the pissed-off ex-girlfriend of Joaquin Phoenix in “Her”.  Did BRF make the role or did the role make the BRF?

Kate Hudson’s is a bit of a shocker, given her sunny disposition. 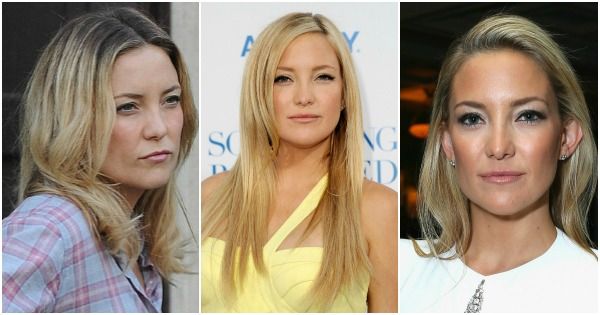 As for Kirsten Stewart, the queen of BRF? She’s had very little time to develop such a jarring sourpuss, but all the understandably famous too soon depression and getting busted for cheating might have helped that one along.

Is there help? Is there a cure? Doctors have had success with the bitchiest of profiles, but perhaps those traumatized might also want to just take a page out of the book of the world’s most famous BRF, Grumpy Cat.  The cause of her permanent bitch-face is due to feline dwarfism, and she says those who don’t like it – can take one in the kisser. 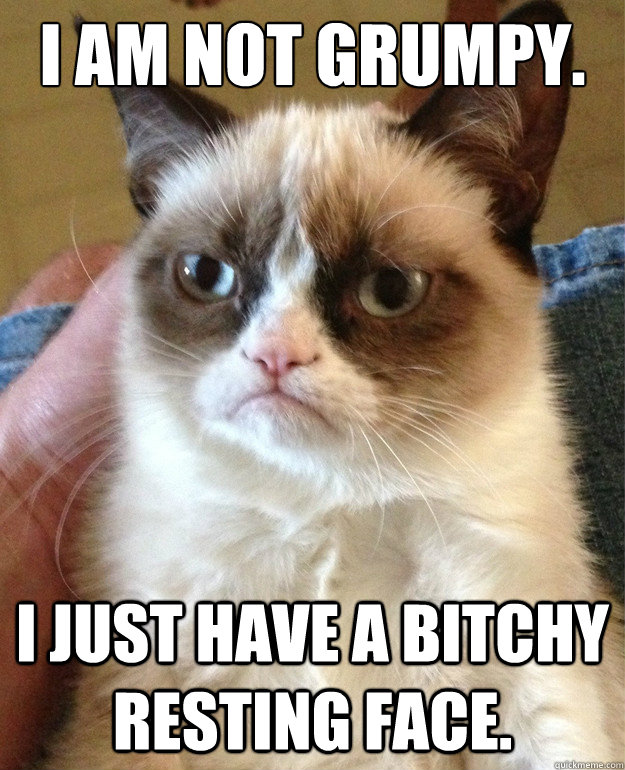 If you suffer from BRF, speak to a dermatologist about Soft Lift, a treatment combining Botox and Juvéderm (a dermal filler) to achieve a less stern-looking appearance. 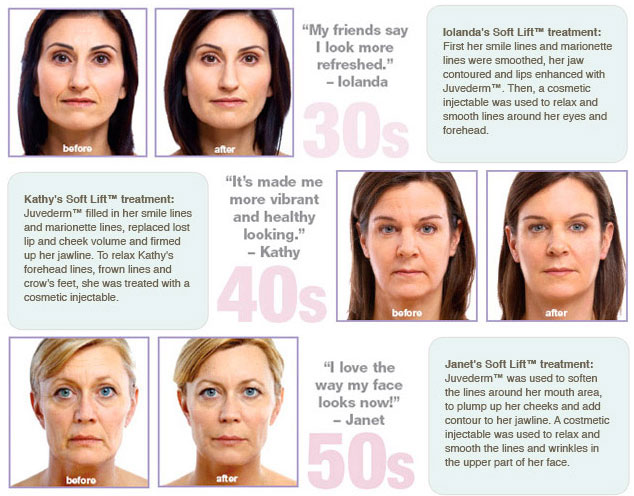