With ever-increasing environmental consciousness and fear of synthetic chemicals, preservatives in cosmetics have become a lightning rod for controversy. Many consumers now view cosmetic preservatives as being potentially harmful, and some even ask for “preservative-free” cosmetics. When I ask people why they want to avoid preservatives, I either get a blank look or something along the lines of “it’s healthier” and “it’s cleaner”, but with no clear idea of why preservatives have such a bad reputation. To clear up the confusion, let’s take a closer look.

What are they and why do we need them?

Preservatives are chemical compounds that inhibit microbial growth. They are added to cosmetics, pharmaceuticals and foods, and to any composition that can serve as a breeding ground for microbes – this can be anything that contains water and a potential food source, such as fats, oils, alcohols, and carbohydrates (sugars and starches).

Most beauty products are emulsions of water and waxes/oils, along with other ingredients like starches and vitamins. Unfortunately, these ingredients are also nutrients for microbes (fungi, yeasts and bacteria). Pair that with the fact that most people store their beauty products in the bathroom where it is warm and humid, making these products a perfect breeding ground for microbes. Without preservatives, most cosmetics and toiletries would spoil and quickly become moldy. Unless consumers are willing to put their beauty products in a refrigerator, and handle everything with gloves and sterile applicators, a preservative system is absolutely necessary.

Most common preservatives in cosmetics 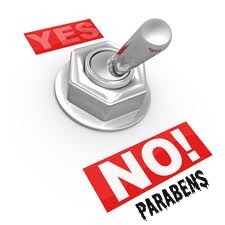 The most common cosmetic preservatives are the parabens. Parabens act as a preservative by inhibiting microbial growth. It is believed that this activity is due to absorption of parabens into the microbial cell (bacterial or fungal), where they go on to interfere with cell membrane-related processes within the microbes. Parabens occur naturally in a number of plants, and are believed to provide antimicrobial protection to the plant.

Parabens have been used as a cosmetic preservative since the 1930s. Up until recently, they were the most commonly used preservative due to their effectiveness and low cost, but they have become controversial in the past decade. The controversy is mainly due to a report published in 2004, in which researchers found elevated concentrations of ~20 ng parabens per gram of tissue in 18 out of 20 breast cancer tumour samples (Journal of Applied Toxicology, 2004). The lead researcher, Phillipa Darbre, inferred that the parabens were coming from something applied to the skin and she went so far as to say that she believed there was a link between the parabens in underarm deodorants and breast cancer. This report, combined with the researcher’s speculations, created widespread fear that parabens are carcinogenic. However, since the publication of that report in 2004, no definitive link has been established between parabens and cancer. Parabens have been found to have very weak estrogenic activity and anti-androgenic (male hormone) activity in vivo, but their hormonal activity is many thousands of times less than actual estrogen. Despite the lack of evidence linking parabens to cancer, environmental groups have targeted parabens as being “dirty” and “toxic”, claiming that these compounds are harmful to health.

In the face of on-going demands for paraben-free beauty products, phenoxyethanol has become increasingly popular. The main advantage of phenoxyethanol is that it does not have the weak estrogen-mimicking activity of the parabens but it has similar performance and formulation characteristics. As a result, phenoxyethanol can be switched into an existing formulation to replace parabens, without having to change the formulation drastically to accommodate the change.

Food-grade preservatives are a popular choice amongst green/eco cosmetic brands, due to the perception that they are safer to use. The most common food-grade preservatives are benzoic acid, sorbic acid, levulinic acid and their related salts. (For ease of formulation, the salts are commonly used as they are water soluble. Examples include sodium benzoate, potassium sorbate and sodium levulinate.) All three of these compounds were first discovered in plant sources. Benzoic acid is a major component of benzoin gum, derived from several species of trees in the genus Styrax, and it is also found in many other plants, particularly plants with berry fruit, such as cranberries. Its antimicrobial effect was first noticed in 1875, and it has been used as a food preservative since then. Sorbic acid was first isolated from berries of the rowan tree in 1859 and its antimicrobial effect discovered in the 1930s. Meanwhile, levulinic acid was discovered in corn extracts.

What about products that are “preservative-free”?

There are only a few ways to avoid having to put preservatives in cosmetics:

The reason you don’t see these methods being used more often is because of the restrictions it places on cosmetic formulators. Sterile packaging is expensive, and sometimes not practical. Water-free formulations have very limited applications: common examples include massage oils, balms/salves, and waxy stick-type formulations); water is required to make lotions and most types of free-flowing liquid toiletries such as shampoo and hand soap. Meanwhile, acidic formulations can only be used in certain circumstances, and their use is limited as the low pH can be irritating to the skin.

Some products that are touted as “preservative-free” actually contain food-grade preservatives or plant extracts that contain antimicrobial compounds, as opposed to the more commonly used parabens and phenoxyethanol. As always, read the ingredient list!

How to decide what’s best for you 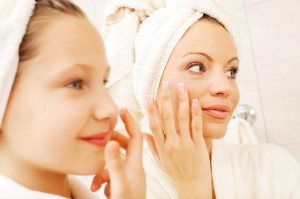 When choosing beauty products, it is a good idea to ask the following questions:

When deciding what skin care products to buy for yourself or your family, one has to balance risk versus benefit. At the end of the day, having a beauty product with a preservative that does its job is definitely preferable to putting a moldy product on your skin and getting a nasty reaction or worse, an infection, from it.

In the case of baby and children’s products, parents need to exercise special caution, particularly for products that might be swallowed (e.g. lip balms, nipple balms used by nursing mothers, shampoos and body washes) or products that are meant to be applied over large portions of the body (e.g. body lotions and sun protection).

For people with weakened or compromised immune systems, having an effective preservative system is essential for reducing the potential for microbial infection of the skin. However, those who have allergies or skin sensitivities should be wary of products containing formaldehyde-releasing preservatives and the isothiazolinones, as both of these groups of compounds have allergenic potential.

At the moment, the jury remains out on whether the parabens are harmful, but given their very weak estrogenic activity, some consumers may wish to limit exposure. On the surface, the food-grade preservatives appear to carry the least amount of risk but unfortunately, they are also not as effective as other preservatives, such as the parabens and phenoxyethanol.

Cosmetic chemists are working to create preservatives that carry less risk and are friendlier to the environment, and at the moment, it appears that the natural world remains the best source for new and effective preservatives. Many plants produce antimicrobial compounds to protect themselves, especially their flowers and fruit, which are especially vulnerable as they are loaded with nutrients. Green/eco cosmetic brands have embraced this concept, using plant extracts such as grapefruit seed extract as a preservative. However, grapefruit seed extract is commonly contaminated with synthetic compounds that provide the actual microbial effect and the extract itself appears to have little antimicrobial effect. Other plant extracts, such as rosemary extract and honeysuckle (Lonicera sp.) extracts, are promising, as they appear to offer antimicrobial activity along with a good safety profile. Hopefully, in the future, we will see more choices in terms of cosmetic preservatives that are both safe and effective.

About the Author Louise Hidinger, Ph.D., is a chemist and founder of the blog INGREDIENTS.