If the words “nip, tuck” make you more squeamish than your kid at the sight of worms, you’re not alone.

Many smart business men are turning to dermatologists for no-knife cosmetic solutions, both as a means to stay ahead of their competition—as well as Father Time.  It may also be why the number of minimally-invasive procedures performed in the U.S. has soared another five percent since 2011 to a whopping 13 million-plus, with solutions like brow-numbing Botox and wrinkle-reducing tissue fillers leading the pack, according to the American Society of Plastic Surgeons.

We know what’s racing through that mind behind your mug. But if the thought of doing something about your looks makes you feel nervous or vain, know that ‘having work done’ doesn’t mean you’re officially trading in your high tops for a pair of high heels. In fact, turning to a cosmetic dermatologist for some help in the looks department can bring more good in your life than you might think.

“When men take the time to care about their physique or what they choose to wear, they can instantly see the benefits that come from that effort,” says Dr. Lisa Kellett, dermatologist at DLK on Avenue, Toronto’s premiere cosmetic dermatology clinic. According to Kellett, focusing on their faces is just another step men commonly take to see a return on their investment—both in and out of the workplace.

According to Shawn Achor, author of the international bestseller The Happiness Advantage, “Men’s perception of their looks and body matter more than the reality of their looks. When a man is positive about his appearance and life, happiness levels rise which can result in a 37% increase in sales and a 31% increase in productivity.”

So how can you tweak your physical to improve your psyche, and potentially cop that corner office? Well, to start, “The most common concern many men have about their appearance isn’t necessarily about looking better, but wanting to appear less tired,” says Kellett. “Certain features—such as wrinkles and saggy skin—can leave a man looking exhausted all the time when he’s not.”

Here, Dr. Kellett helps us reveal the main skin woes that guys have—along with the easiest way to turn that annoyance back into an instant asset, using the best anti-aging face treatments for men today. 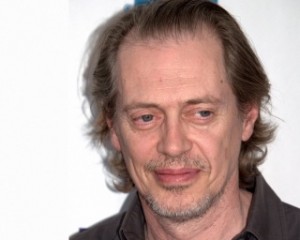 Donning dark sunglasses may exude an air of mystery coolness, but looking like you’re wearing a pair when you’re not only leaves you looking as exhausted as Steve Buscemi after a weekend bender—or any day of the week, for that matter.

FIX IT WITH: Injectable fillers (trade names: Juvederm and Restylane)

WHAT IT INVOLVES: Dark circles are the result of a large concentration of veins that all convene below the eyes—as a man gets older, the soft tissue and overlying skin that normally hide them begins to thin, creating a sunken, shadier appearance. “Injecting a gel-like substance below the skin and tissue helps add volume and lifts the skin away from the veins, lightening the area while leaving patients looking more refreshed,” says Kellett.

DOWNTIME: Some men may experience slight puffiness after the half-hour procedure, but the effects only last from a few hours to a few days.

HOW LONG IT LASTS: Six to 12 months

Don’t let Bruce Jenner’s botched attempts at returning his face to Olympic glory stand in the way of turning back time on your appearance. Fortunately, erasing the telltale lines of maturing gracefully is as easy as letting your facial muscles know who is boss.

WHAT IT INVOLVES:  “In order to temporarily reduce and eliminate wrinkles and creases, Botox—a neurotoxin that relaxes your facial muscles by blocking the signals that cause them to contract—is injected directly into the area,” says Kellett. The entire procedure only takes between 20 to 30 minutes.

HOW LONG IT LASTS: Three to four months.

Most commonly around the ears, upper back and shoulders 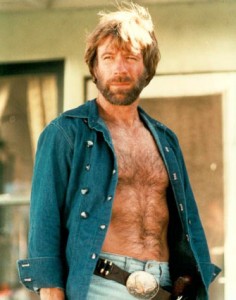 All it takes is one glance at Robin Williams’s follicle-rich forearms or Chuck Norris’ chest and back to completely forget their decades-long accomplishments and obsess on wondering if either has ever heard of a razor. The good news is that today’s technologies have made the art of de-fuzzing not only painless, but entirely acceptable for guys.

WHAT IT INVOLVES: Unlike the slow process of electrolysis (which targets individual hair follicles one-at-a-time with a needle) “this non-invasive laser emits energy absorbed by the pigment within your hair follicles that allows hundreds of them to be destroyed every second without affecting the surrounding tissue,” says Kellett. One treatment takes between 15 minutes to an hour, depending on the amount of hair.

DOWNTIME: Some men may experience slight redness or swelling—this can last from less than a half-hour to up to three days afterwards (in rare cases).

HOW LONG IT LASTS: Although it takes between six to eight treatment sessions, the result is permanent, and you can say Hasta la Vista to ingrown hairs.

Wearing the right tie can create a timeless appearance that instantly commands Don Draper respect. But if the skin around your collar looks like it lost a fight with gravity decades ago, every tie you wear only acts like a set of runway lights, drawing every eye in the room straight right to your draping neckline.

WHAT IT INVOLVES: The 90-minute non-surgical procedure “uses a device that discharges radio frequency energy along the surface of the skin,” says Kellett. “As the wand travels across your face and neck, it heats up and tightens the existing collagen within the deeper layers, which in turn lifts and tightens your skin.”

DOWNTIME: None. Any minimal redness that may occur disappears after a few hours.

HOW LONG IT LASTS: Two to three years.

COST: Dependent on consultation, starts at $3000.

Acne and trauma-based being the most common

There’s no question that the right scar on a man adds character. But if you lack the acting chops or crooning aptitude of the proudly-scored Harrison Ford or Seal, a mark in the wrong place can keep you from seeming Scarface self-confident and feeling more Leatherface insecure.

WHAT IT INVOLVES:  “After placing a topical numbing cream on the skin, the laser is used to burn away the top layer of skin as it simultaneously heats up lower layers of your skin to stimulate the production of new collagen,” says Kellett. Each session only takes between 15 to 30 minutes to complete, with patients only needing to apply sunblock for a few days afterwards to protect the newly-surfaced skin.

HOW LONG IT LASTS: Although it can take between two to five sessions to complete, any improvements are permanent. 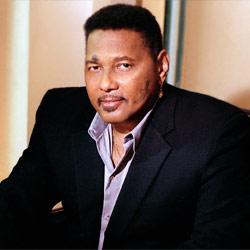 It doesn’t matter whether you’re looking to say goodbye to moles or tags for cosmetic reasons or cancer concerns, having them removed can protect you from many things besides being mistaken for Aaron Neville—it can prevent any distracting skin from ever getting between you and looking your best.

FIX IT WITH: Modified shave excision

WHAT IT INVOLVES: “After freezing the area for five seconds using a topical agent, a doctor uses a small scalpel to painlessly cut below and around the area to remove it,” says Kellett. “Once excised, the skin is cauterized, so it requires no stitches.”

DOWNTIME: The treated area heals in approximately seven to 10 days—the only aftercare required is applying an antibiotic ointment.

HOW LONG IT LASTS: Once removed, the results are permanent.

In the end, seeking cosmetic help shouldn’t be about changing yourself into someone unrecognizable—you just want to look like a better version of yourself. In the hands of a skilled dermatologist, that simply means a little “sting, zap” here and there. No howling involved, promised.

About the Author Myatt Murphy is the author of eleven books and has written over 900 articles for top magazines such as Men’s Health, Esquire, and GQ. He likes to believe he doesn’t need any of the procedures written in this piece, but secretly admits he wouldn’t mind trying all of them.