A new survey from The American Academy of Facial Plastic and Reconstructive Surgery (AAFPRS) shows changing attitudes on turning 50. Here’s the press release.

With beauty icons and powerhouses like Michelle Obama and Barbie® turning 50 this year, now is the perfect time to reassess how we think and feel about that big birthday. Previously dreaded as a precursor of sagging, wrinkles and hair loss ahead, the newest bunch of celebrities to become quinquagenarians are defying what it means to be a traditional 50 year old. 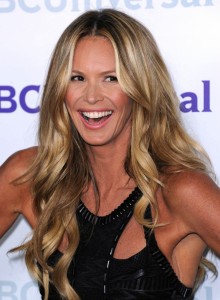 The general consensus is that the big 5-0 has never felt (or looked) better. A-list celebs like Courtney Cox, Mariska Hargitay, Elle Macpherson, Johnny Depp, John Stamos and Brad Pitt will all celebrate this milestone birthday this year – proving that hitting the half-century mark can be downright sexy.

The best part is that being fifty and fabulous is not just for the rich and famous anymore. The latest non-invasive aesthetic treatments are making wind tunnel facelifts, frozen foreheads and overfilled pillow faces a thing of the past. The most popular current procedures are more about subtlety and maintenance, allowing women to embrace their age with confidence and still feel like themselves.

In celebration of its own Fiftieth Anniversary, The American Academy of Facial Plastic and Reconstructive Surgery (AAFPRS), conducted a groundbreaking survey of over 500 women age fifty and over to get their take on the changing face of fifty. An overwhelming majority concluded – fifty is the new thirty!

On average, 69% of women ages 45-60, reported feeling at least 6 years younger than their chronological age. The survey also revealed that women are more open than ever to both surgical and non-surgical treatments to slow down the visible signs of aging. 72% of women ages 45-60 have tried skin peels, while 50% have had filler injections, and 15% have gone under the knife for cosmetic facial surgery.

And they are in good company. The First Lady concurs, recently telling People Magazine, “Women should have the freedom to do whatever they need to do to feel good about themselves.”

“Women in their fifties want to feel sexy, vibrant, beautiful and desirable, but they demand a natural result – not the frozen, windblown look of previous generations,” said Ed Farrior, MD, President of the American Academy of Facial Plastic and Reconstructive Surgery. “They simply want to be the best, most confident version of themselves. The constant advances in safe and effective minimally invasive and non-invasive treatment options are truly empowering women to age backwards.”

Are you fifty, or nearing the big 5-0, and think you look and feel better than you did in your twenties? Let us know below why and you can score a Kellett Skincare Reflect Anti-Aging prize.